COVID19 Update: ASAP Locksmith is still active and operating these days while taking the right precautions.

What is a Digital Lock? 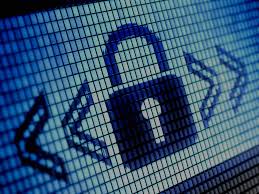 A Digital locks have been out there for a while in the lock industry – generally, any type of lock that’s managed without having a key. There are a variety of different digital systems becoming popular and hybrid options that come with a key as a backup.

Have a Digital Lock for the Doorstep

Why Use a Digital Lock?

You can’t burn off your finger marks. Quite a few people have a method of dropping just about anything that’s put in their wallet or handbag. Continuously rekeying or altering locks is time-consuming, expensive and irritating. With keys taken off the equation, there’s nothing to lose or replace. Possibly a digital lock possibility such as the push-button blend is precarious for some since it requires recalling a little series of numbers, and it’s easy to lose the base that’s required to open remote signal locks.

Various functions out there. As an example, the push button lock can be developed so that anybody who attempts the blend 4 times with no success sets off a security alarm or is locked out from performing additional attempt for the next a few minutes.